Ever wondered where the best vacation rental locations in North America are?

According to Bloomberg, the 2020 festive period saw 1 billion hotel rooms unsold in the United States alone. And that figure is, quite frankly, staggering. So, while the end of last year wasn’t great for the hotel industry, the short-term vacation rental market fared pretty well over the festive period. Want to learn more about the top vacation rental locations?

As experts in local market data, we have access to a range of data sets and values. What better way to show our expertise as market leaders than by compiling a report on the best locations for Airbnb hosts and Superhosts? Using both the average occupancy rate and average daily rates, we created a top 10 list for each data value of North American counties and cities.

Our insights can, and will, help improve your business success and raise your occupancy rates. By analyzing your local market, including the pricing strategies of your closest competitors, we can improve your pricing approach and ensure that you earn as much from your Airbnb property as possible.

One: Maricopa, Arizona, US

Next up is Miami-Dade, a giant of US counties as it is home to Miami central and Miami Beach – two hugely popular STR locations. The average occupancy rate in Miami-Dade was 93.46%.

Well, there’s no surprise here – the holiday island of Hawaii is a logical feature on any top 10 Airbnb destinations. The average occupancy rate was 93.38% with an average daily rate of $199.41.

Playing host to the behemoth city of Seattle, King County comes in with an average occupancy rate of 87.61%.

Our first Canadian entry is an icon. The white ski slopes of Whistler are a huge hit in wintertime, and it’s no surprise! The average occupancy rate was 87.13%.

Next up is Harris County, US. As home to Houston, Pasadena, and Baytown, Harris plays host to thousands of Airbnb listings. The average occupancy rate in Harris County, Texas was 79.71%.

Atlanta is a very popular city for Airbnb rentals, in fact, it’s the 7th most popular! The average occupancy rate in Fulton County, Georgia was 79.60%.

Los Angeles county comes in surprisingly low down on our top 10 list. The overall occupancy rate in Los Angeles County was 77.99%.

Toronto is arguably one of the most popular cities in Canada, and with that stunning skyline, it’s almost expected. In Toronto, Ontario, the average occupancy rate over the festive period in 2020 was 61.73%.

Last but certainly not least is the historic city of Montréal. Made up of formerly independent cities, Montréal is a hugely popular tourist destination as it includes influences from a range of cultures and inspirations from various European cities. In Montréal, the average occupancy rate was 57.08%.

Whistler is an immensely popular winter holiday destination, and it offers a range of Airbnb listings that fit the majority of budgets. Fundamentally, Whistler is a tourist destination and in peak season, the prices increase noticeably. The area’s average price was $350.82.

Hawaii is a great place to go to avoid the cold North American weather. Many families opt to travel across the Pacific Ocean and relax on the sandy shores of Hawaii. The average daily rate in Maui during our target period was $199.41.

Unsurprisingly, Miami is third on our list of cities with the top 10 highest average occupancy rates. The average daily rate in Miami-Dade was $125.72.

Next up is Los Angeles County in California. Over the months of November & December 2020, the average daily rate for Airbnb properties of all types was $102.05.

Fulton County, which we now know has the 8th highest occupancy rate in North America, had an average daily rate in November/December 2021 for all Airbnb listings (from Studios right up to 5+ bedroom listings) of $100.09.

Our second Canadian entry in the list, Toronto had an average daily rate in our target period of $95.66.

Moving down from the top spot on our previous list, Maricopa sits at number 7 in terms of average price with a still impressive figure of $91.84.

King County in Washington is a popular holiday choice too and visitors should expect to pay an average of $85.61 per night at an Airbnb.

The final Canadian entry on our list is Montréal, the biggest city in Canada’s Québec province. Tourists to this city in November and December to expect to pay an average rate of $76.41 per night.

Last but not least on our list is Harris County, Texas. You can expect to pay an average daily rate at Airbnb listing and properties in this area of $73.39.

Want even more insights and advice from DPGO? Then head to our newly-debuted Markets page where you can access a whole range of free insights specific to your local market. Just enter the city or town of your choice, and you’ll be taken to an area-specific page who various data values for you to use to better understand your market and competitors!

If you want to try DPGO for yourself, register now for your free 30-day trial. You don’t need to register a credit card when you sign up, and you can cancel your profile at any time. Get started with dynamic pricing now!

Want to check out more posts and advice from DPGO? Then have a look at our 2021 Travel Trend predictions and How to Use Them. 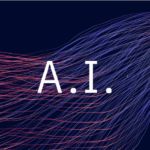 Airbnb Superhost Status: Do You Need it to Succeed?